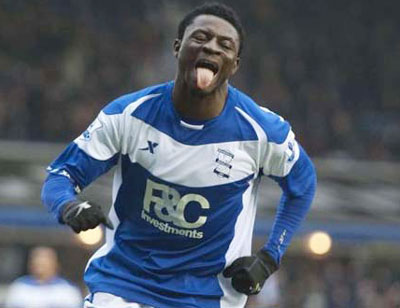 The former Inter Milan, Newcastle United and Wolfsburg star first penned a one-season deal with the Gregorio Manzano-led side, but will now stay with the club until the end of the 2017 season based on the new agreement.


Martins has averaged 0.5 goals per game (15 goals from 30 appearances) this season, a feat that helped him to get the new improved pay cheque.

The 32-year-old will pocket $9 million in wages (equivalent of N4.1 billion) in the new deal that he signed, $2.4 million more than his last deal.