FG Should Place A Ban On Tithes And Offerings - Comedian Gordons


Veteran Comedian, Godwin Komone, AKA as Gordons, has said that he will be the happiest person in the world if the federal government place a ban on giving of tithes and offerings. According to him, with that, Nigerians will know clerics who were truly called by God. 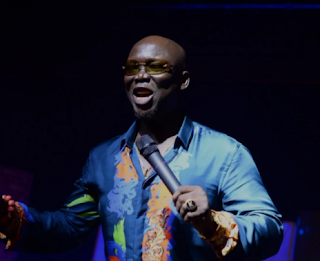 According to DailyPost, the comic merchant gave this advise in his latest comedy collection entitled ‘Comedy Clinic.’ The Delta-State comedian believes that the many problems currently facing Nigeria today boils down to religion.

“The only solution to our problems in Nigeria today is religion.
I will be the happiest person in the world if the federal government place a ban on giving of tithes and offerings from churches. I tell, we will continue to lament as long as these people keep collecting the little one we have in the name of offering. By the time tithes and offerings is declared illegal, then we will know those who were called by God and those who called themselves in the ministry. I tell you, some people actually saw miss call and not calling into church ministry,” Gordons added.