A 25-year old woman simply identified as Tony Okiemute has abandoned a month-old-baby in St. George’s Specialist Clinic and Maternity over her inability to pay for her medical bills in Warri, Delta State, Daily Post reports. 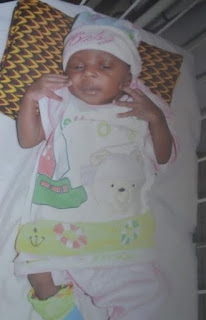 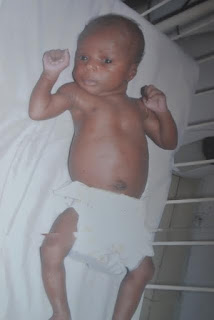 Administrative Manager of St. George’s Specialist Clinic & Maternity, Mr. Sunny Ebone made this known while rushing the baby girl in company of some Social Welfare Officers to the police “B” Division in Warri to get police extract yesterday.

Mr. Ebone hinted that the woman delivered a set of twin, a boy and a girl on October 5 through cesarean operation when he was rushed on emergency to the hospital. He also noted that the woman lost the baby boy while the girl survived.

He noted that all efforts to trace and track the woman who claimed to be resident of Ekakoto Street in Orhunwhorhun Community in Udu Local Government were unsuccessful as before he decided to take the child to the police station.

Meanwhile it was gathered that the lady was given a bill of N125,000 which should could not afford.

Pained by the development, the Divisional Police Officer, “B” Division CSP Anieteh Eyoh who declined comments on the matter ordered his men to track the parents of the abandoned baby in order to save the child.