A house help sexually assaulted a four-year-old girl and said Satan made her commit the offence in Kenya. 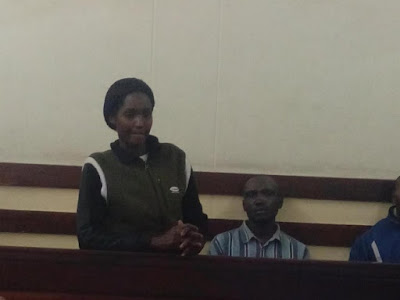 Felista Wachira, 28, allegedly penetrated the genital organs of the minor using her fingers.

Wachira was charged on Monday with committing the offence between May 1 and July 10 in Nairobi.

The woman was also charged with indecently touching the minor without her consent.

The prosecution said the complainant's mother noticed her daughter had become quiet and behaved
negatively towards the house help. The girl also cried whenever the mother left for work.

The victim told her mother what happened when she talked to her in the house help's absence.

The girl said Wachira's actions left her in a lot of pain. She added that she was asked not to tell anyone as this was a "good thing".

Police said the accused shared a bedroom with the minor.

They said she would assault the girl after carrying her to bed. The sexual assault went on until the night the minor cried out and went to her mother's room.

A doctor confirmed the minor had been sexually assaulted.

Wachira was released on a surety bond of Sh300,000 in the case that will be heard on August 19.