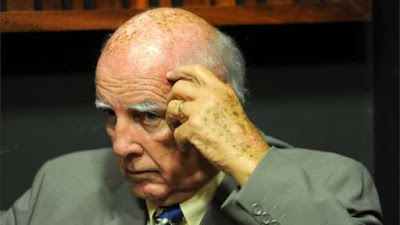 The 76-year-old had been granted bail in May 2015 after his conviction on two counts of rape and one of sexual assault of girls he coached in South Africa the 1980s and 1990s.

His lawyer had argued that the sentence should be reduced because of the former tennis star's old age and poor health.

But three Supreme Court of Appeal judges said this had already been considered.
Click to read more