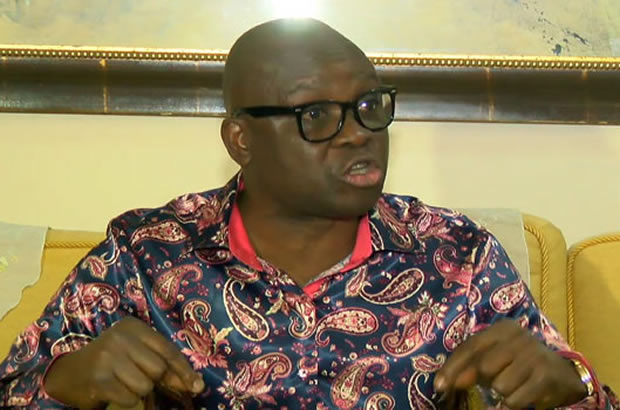 The group, in a statement issued on Tuesday by its patron, Prof. T Akinyemi , said that by repeatedly condemning President Buhari, Fayose was indirectly mocking himself because the President had good intentions for the country.

The group, however, said it supported Fayose’s advice that old men within the PDP should take the backstage in the party’s affairs.

The statement read, “We would like Fayose to stop ridiculing himself in his efforts to attack Buhari. Buhari has good intentions and he is a man we all respect, irrespective of his political affiliation. Moreover, the office of the President deserves the respect of all Nigerians. God is the one who puts people in power. We condemn Fayose’s unguided, repeated attacks on Buhari. It is better to keep shut if you have nothing to say.”

The group also asked the Economic and Financial Crimes Commission to probe the governorship candidate of the PDP in Lagos State, Mr. Jimi Agbaje, over alleged diversion of government funds for campaign purpose.

While calling for the scrapping of the present Board of Trustees of the PDP, the group said only Senator Bode Olajumoke was credible enough to lead the party in the South-West.