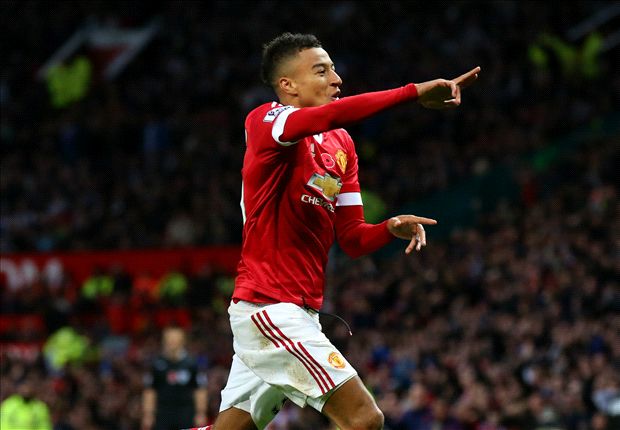 The Manchester United youngster has impressed since breaking into the Red Devils first-team and replaces Michael Carrick and Jamie Vardy in Roy Hodgson's squad. Manchester United winger Jesse Lingard has been called up to the England squad for their friendly clash against France on Tuesday.

The Under-21 international joins up with the team on Sunday ahead of their midweek clash after club-mate Michael Carrick and Leicester City striker Jamie Vardy were both were ruled out through injury.

Carrick was stretched off in England's 2-0 defeat to Spain in Alicante on Friday while Premier League top-scorer Vardy is yet to add to his four caps after picking up a knock in Leicester's victory over Watford.

Lingard, who joins the senior squad for the first time, made 11 appearances at Under-21 level and scored against Sweden to secure the Young Lions' only victory in a disappointing European Championship in June.

The 22-year-old's selection comes after a string of impressive appearances for the Red Devils, taking the place of Memphis Depay to score his first goal in a 2-0 Premier League win over West Brom.

When asked about the possibility of an England call-up from Roy Hodgson, manager Louis Van Gaal insisted it is "much too early" for him to link up with the squadand urged him to show consistency.