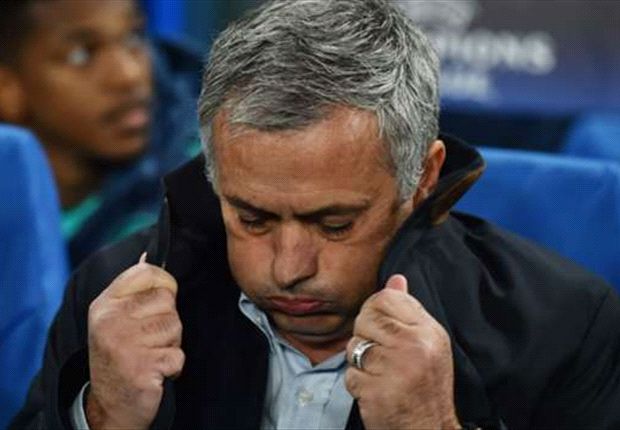 The Chelsea manager was hit with the punishment after claiming that referees were afraid to give his side a penalty in the 3-1 loss to Southampton in October. Jose Mourinho's appeal against his suspended stadium ban has been rejected by the Football Association, the governing body has confirmed.

Mourinho was hit with a suspended ban, as well as a Â£50,000 fine, after he embarked on a seven-minute rant following Chelsea's 3-1 loss to Southampton in October, claiming that referees were "scared" to give decisions to his side.

Should the Portuguese again break rule E3 of the FA's code of conduct he will trigger his suspension, and he has repeatedly refused to elaborate on refereeing decisions following his punishment.

"An Appeal Board has dismissed the appeal from Chelsea manager Jose Mourinho in relation to a decision made by an Independent Regulatory Commission," read a statement.

"At the original commission hearing, Mr Mourinho was given a suspended one-match stadium ban and fined Â£50,000 after he admitted a breach of FA Rules in relation to post-match media comments made following the game against Southampton on Saturday 3 October 2015.

"The Appeal Board has upheld the original sanction and therefore it remains that Mr Mourinhoâ€™s suspended stadium ban will be immediately invoked should he be found by an Independent Regulatory Commission to have committed a further breach of FA Rule E3 for any comment or statement to or through the media before 13 October 2016."


Mourinho faces a separate charge of misconduct after he was sent off in the 2-1 defeat to West Ham and, as such, will be banned from the touchline for this weekend's clash with Stoke City.