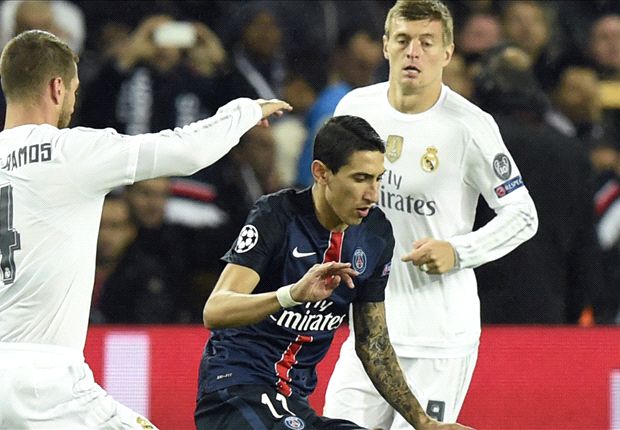 The Argentine helped Madrid win La Decima by starring in the club's Champions League final win against Atletico in May 2014, but left the Santiago Bernabeu for Old Trafford just three months later before moving again to PSG last summer.


Di Maria impressed on his return to the Bernabeu on Tuesday night as he hit the woodwork twice but ended up on the losing side as PSG lost 1-0.

And the 27-year-old, who recently admitted he didn't want to leave Madridin the first place, explained his departure after the game on Tuesday.

"I didn't leave for money," he said in the mixed zone after the game. "I wanted to see if I could renew and they didn't want me to. They wanted to cover the costs of the great players they had signed that summer."

Madrid brought in James Rodriguez for â‚¬80 million after the World Cup, while Toni Kroos also joined in a â‚¬25m deal. With the season already underway, Di Maria departed for a fee in the region of â‚¬75m.

"I had to leave by the back door," he said. "It wasn't how I would have wanted."

Some 15 months on, the former Benfica winger is now settling in at the Parc des Princes and admits he is happy in his new surroundings.

"I am changing little by little," he said. "I'm happy in Paris and I hope to be for many years."