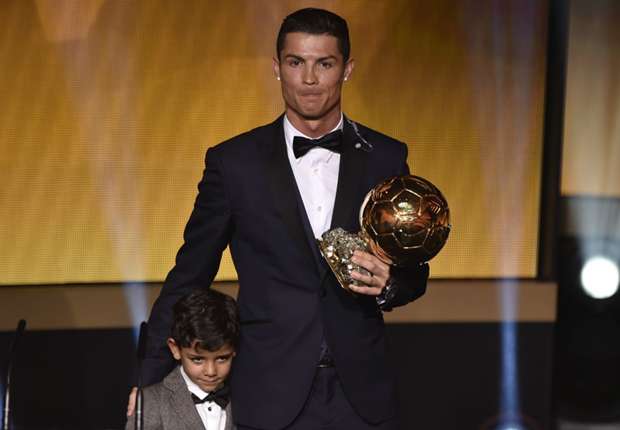 The Merengue striker has won the prestigious
world prize for the last two years running, but
insisted he was not bothered by the prospect of
La Pulga taking the award.

Real Madrid superstar Cristiano Ronaldo
insists he would not care if Lionel Messi pips
him to the 2015 Fifa Ballon d'Or.

Messi and Ronaldo have won the last seven
editions of the prestigious individual award
between them, the Barcelona talisman claiming
the trophy on four occasions and the Portugal
international three times.

Ronaldo has emerged victorious in the last two
years, but Messi is widely regarded as the
favourite to win the award this time around after
guiding Barca to the treble in 2014-15.
Nevertheless, Ronaldo has stressed that it
would not upset him if he has to settle for
second place.

"I don't care if Messi wins the Ballon d'Or. I
know that it is not in my hands whether I win
this award or not. It all depends on others,"
Ronaldo told Kicker .

"I have always remained the same over the
past eight years of my career. I have always
played at a very high level. Name me one other
player in the history of the game who has done
the same.


"It all depends on small details who wins
individual awards and who wins the league or
Champions League. I am happy and proud of my
career so far. Some people think Messi is the
best, others think it's [Andres] Iniesta. I respect
other people's opinions.

"But I think I am the best. Everybody should ask
himself why you would not want to be the best
at what you do. I think this attitude is one of the
reasons why I have improved so much
throughout my career and why I have achieved
so much.

"He who wins the Ballon dâ€™Or deserves all the
respect."

The winner of the award will be announced at
the Fifa Ballon d'Or gala at the Zurich
Kongresshaus on January 11, 2016.