I HAVE YEARS LEFT AT CHELSEA - MOURINHO 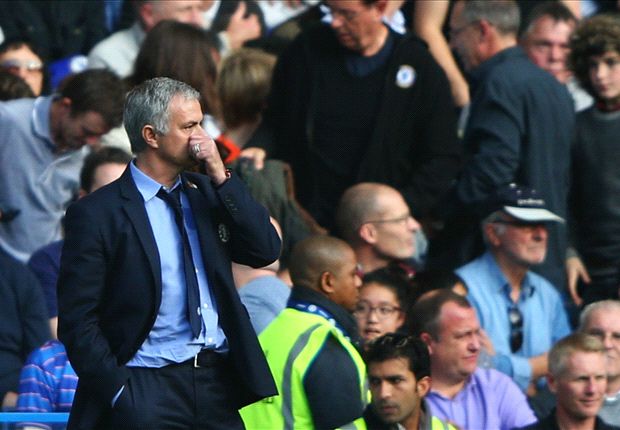 The former Real Madrid boss believes he will see
out his contract - which ends in 2019 - despite
coming under increasing scrutiny at Stamford
Bridge.

The Blues have struggled to defend their title in
2015-16 and have lost six of their opening 11
games in the league so far this season.

Liverpool recorded their first victory under Jurgen
Klopp at Stamford Bridge on Saturday, running out
3-1 winners despite falling behind to Ramires's
opening goal, further increasing the pressure on
Mourinho.

However, the Portuguese is remaining defiant amid
a flurry of reports suggesting he is on the verge of
losing his job, having signed a new deal in the
summer.

When asked how long he had left at the club, he
told reporters: "Four years. In this case three
years and seven months or something like that."
Mourinho also insists that he will keep working to
bring Chelsea out of their current slump, though he
believes he struggles to learn from others such is
the level he has reached as a manager.

"To do what I did all my life, which is to study," he
replied when asked about how he planned to
improve.

"Thatâ€™s why I have a staff of assistants to discuss
every day of our job."