I want to be like CR7 or Messi - Aubameyang 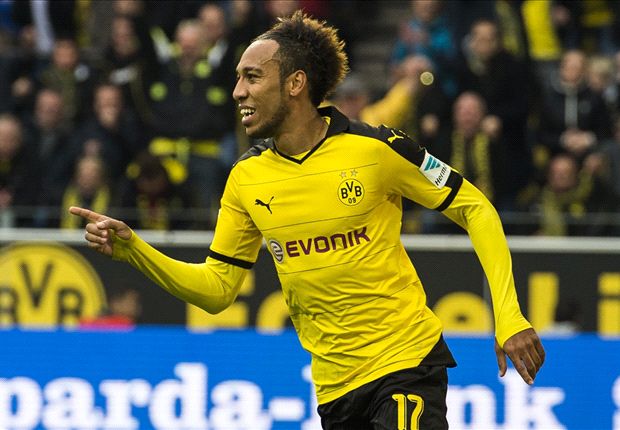 The Gabonese goal machine knows that in order to be considered in the same breath as Real Madrid or Barcelona's idols he will have to hit the net at every possible opportunity. Borussia Dortmund's in-form attacker Pierre-Emeric Aubameyang has set his sights high, saying he would like to reach the level of superstars Lionel Messi and Cristiano Ronaldo.

The Gabon international has been in sensational form so far in 2015-16, smashing 13 goals in 11 Bundesliga appearances and 20 in all competitions to lead the European scoring charts.

The Golden Shoe award which honours such an achievement has often been the property of either the Barcelona or Real Madrid hitmen over recent years, and Aubameyang singled the pair out as role models.

"It is something I really want to achieve. To be the greatest, Ronaldo and Messi can score three in one game and four the next day," he told Telefoot.

"I have already experienced one stage with [Jurgen] Klopp, but I am trying to have a new one with [Thomas] Tuchel back in the middle."

The development of the former St. Etienne man in Germany has surprised many observers.

But the striker admitted that he would have to adapt once opponents realised how dangerous he could be.

"Of course defenders will start asking more questions of you. All those who thought Aubameyang was only about running or athletic ability were wrong," he fired.

"I was born for this, and ever since childhood I have set myself goals."