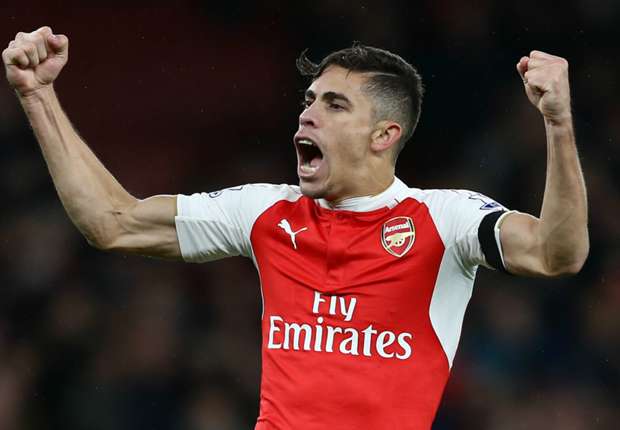 The Gunners have a positive record at the Allianz Arena, having picked up a draw and a win in their last two visits, and their defender assured they will play with no fear
Gabriel Paulista has warned Bayern Munich that Arsenal will look to attack them in their Champions League clash on Wednesday.

Arsene Wenger's side responded to shock defeats to Dinamo Zagreb and Olympiacos with a 2-0 victory over the German champions on matchday three last month to keep their hopes of reaching the last 16 alive.

Arsenal have a good record at the Allianz Arena, having secured a draw and a 2-0 victory in their last two visits, although they lost both knockout ties on aggregate.

And Gabriel is determined to take confidence from those results into this week, saying after Arsenal's 3-0 win over Swansea City on Saturday:

"When we play away, we also have to have a slightly different outlook, but that doesn't mean we will spend the whole game defending.

"We are a big team, we are Arsenal and we need to attack because we need the result, but we need to attack with intelligence and make sure we don't suffer a defeat and complicate our situation for the rest of our competition."

"Everything is possible in football," he added.

"We know the difficulties we are going to find. Bayern are an excellent team playing at home with the fans on their side, so it will be a big challenge.

"If we are as determined as we have been over the last few years, I believe that we can go there and get a great result."

The Gunners are third in Group F after three games, level on points with fourth-placed Dinamo Zagreb and three points behind joint leaders Bayern and Olympiacos.