'I am not PSG's saviour' - Angel Di Maria 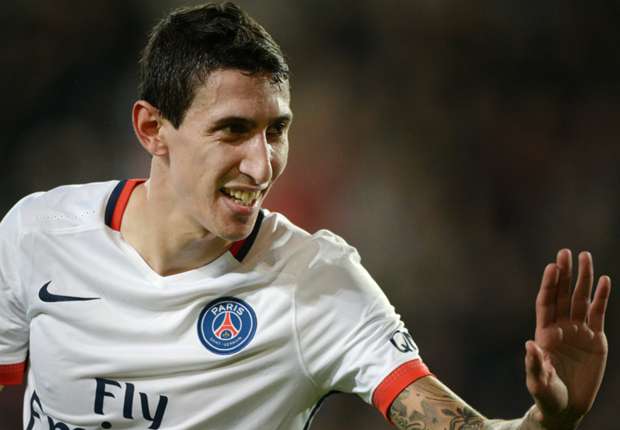 The Argentina international joined the club from Manchester United in a Â£44 million deal in the summer but has now insisted that he cannot score in every game Angel di Maria has hit back at his critics, stressing he is not PSG's "saviour" in their bid to win the Champions League.

Seen as the final piece of the puzzle in PSG's quest for European glory, Di Maria has been criticised for his lack of consistency after swapping Manchester United for the French champions in a deal worth â€ŽÂ£44million.

French media have been quick to heap pressure on Di Maria, especially after he was substituted during his reunion with former club Real Madrid in the Champions League over a week ago, but the Argentina international silenced his critics, albeit momentarily, by scoring the winner in PSG's 1-0 Ligue 1 win at Rennes on Friday.

And the 27-year-old has attempted to curb expectations following his high-profile arrival in Paris, telling BeIN Sports: "I'm not a classic centre-forward; I'm not a goal scorer. I'm not used to scoring in every game.

"Obviously I love scoring and I get great satisfaction when I set up one of my team-mates to score. For me, assisting a goal and scoring one is the same thing.

"People have to understand that I am not PSG's saviour and nor can I make the team win the Champions League on my own. I'm here to help â€“ to add my own grain of sand."

Di Maria added: "There's always going to be criticism but sometimes people criticize just for the sake of it because they get a kick out of it. Criticism can be damaging â€“ especially when you have only just arrived at a club and have just put in three or four good games.

"I scored against Malmo in my first Champions League game with PSG and everyone was raving about it. Against Madrid, things didn't turn out so well and there were a million criticisms.

"Sometimes there is more criticism than is necessary but you have to adapt to it. A lot of things happened to me while I was at Madrid and I had to overcome them. I ended up winning major.