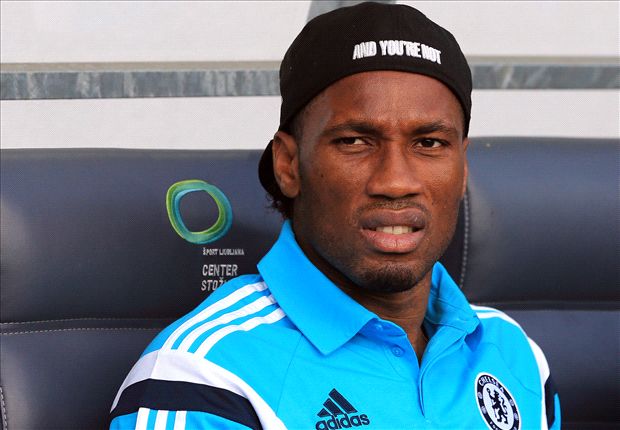 The striker has penned a one-
year deal to return to Stamford
Bridge and hopes to help the
club win their first league win
since 2010 after linking up with
Jose Mourinho once again
Didier Drogba has set his sights on winning the
Premier League for a fourth time after rejoining
Chelsea.

The veteran striker is back at Stamford Bridge
after leaving in 2012, penning a one-year deal, and
is hoping to help the London outfit claim their first
league title in over four years.
"I'm not coming here to break records, I just
want to win trophies," Drogba told the club's
official website.

"Five years is a long time not to win the Premier
League, so I want to win it. To lift the Premier
League trophy is a fantastic feeling and we
haven't experienced it for a few years - it's too
long for a club like ours."

Drogba initially joined Chelsea in 2004 as one of
Jose Mourinho's first signings during the
Portuguese's first stint at the Chelsea helm.

He went on to score 157 goals for the London
club and the winning penalty as Chelsea defeated
Bayern Munich in a shootout to win the 2011-12
Champions League.

"It's amazing to be back, a great feeling," Drogba
added. "It was an easy decision to make; it's very
difficult to say no to Jose and to Chelsea.

"He's the one who gave me a chance to play in
the Premier League. We won so many trophies
together and so many matches on the pitch.

"His relationship is not only with me, it's with all
the players who were here from the beginning of
the story. It's quite emotional but the most
important thing is that we want to win, win,
win."