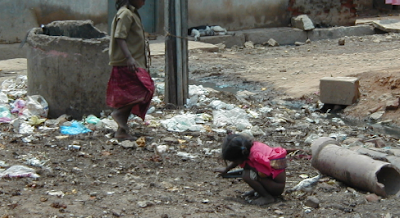 The children from the Dalit community, India’s lowest social caste previously known as “untouchables”, were on their way to their grandfather’s house in the Shivpuri district in the central state of Madhya Pradesh on Wednesday.

“It was early morning and they had stopped to attend to nature’s call” when they were attacked, police inspector general Raja Babu Singh told AFP.

“The kids were taken to the hospital but they succumbed to their injuries.”

Two brothers had been arrested, one of whom appeared to be “mentally unsound”, Singh added.