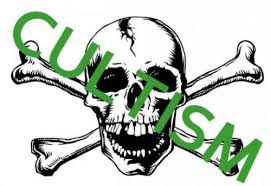 The two were killed at different location in the community, following the earlier killing of one Sikiru Jeliu on Saturday night by a rival cult group.

Among the victims was one Irale Obas, who recently passed out from the National Youth Service Corp (NYSC).

It was gathered that the victims were killed to retaliate the murder of the brother to the leader of one of the confraternity groups, about a fortnight ago.

Unfortunately, his younger brother who was his look-alike, was killed in a mistaken identity.

In all, the recent cult war between the Aye and Jurist confraternity groups have resulted in the loss of four lives.

Palpable tension enveloped the community, following the Sunday killings which occurred simultaneously at different locations​, as most of the youths have escaped for safety.

Commercial activities have also declined in the busy community that is home to most students of Auchi Polytechnic.