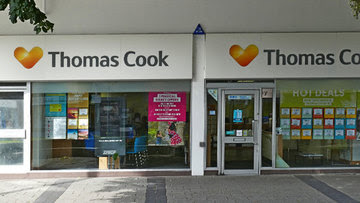 The collapse of the 178 year-old travel operator triggered the UK’s biggest repatriation since World War II to bring back tens of thousands of stranded passengers.

The company, which had struggled against fierce online competition for some time and which had blamed Brexit uncertainty for a recent drop in bookings, had been desperately seeking £200 million ($250 million, 227 million euros) from private investors to avert collapse.


The news leaves a reported 600,000 tourists stranded worldwide, including around 150,000 holidaymakers seeking help from the British government to return home.

In a statement published in the early hours of the morning, Thomas Cook said that “despite considerable efforts” it was unable to reach an agreement between the company’s stakeholders and proposed new money providers.

“The company’s board has therefore concluded that it had no choice but to take steps to enter into compulsory liquidation with immediate effect,” the statement added.