Zidane To Resign If He Loses Real Madrid Support

Zidane To Resign If He Loses Real Madrid Support 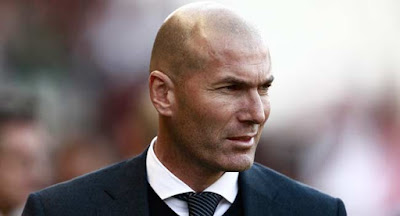 Zinedine Zidane believes he has the backing of Real Madrid but admits he would leave if he ever felt he had lost the club’s support.

Zidane has come under scrutiny after enduring his worst ever defeat as Madrid coach on Wednesday, a 3-0 loss to Paris Saint-Germain in the Champions League.

The result also followed an underwhelming start in La Liga, which has seen Madrid claim two wins and two draws from games against Celta Vigo, Real Valladolid, Villarreal and Levante.

After returning from Paris, Zidane gave his players the day off on Thursday, which surprised those high up at the club, according to reports in the Spanish press.


Asked if he felt like his methods were being questioned, Zidane said in a press conference on Friday: “No, not at all, the opposite. I think the club helps us all to be strong and supports all the people that work here.

“If it’s ever not like that it would probably be best to leave.”

On his decision to give the players a day off, Zidane added: “It’s not a question of whether they deserve it or not. We have to give them time off.

“They need time with their families, they have to be able to rest. We have seven games in 21 days. They need time away and I understand that.”

Madrid face La Liga’s early frontrunners Sevilla on Sunday, when Zidane will be hoping for a response after his side’s miserable performance in midweek.

Since Zidane returned as coach in March, Madrid have won seven, drawn four and lost five of their matches in all competitions.

Asked if he regrets coming back, Zidane said: “No, that’s easy to answer. It would be easy to say yes in what is a difficult time but it wouldn’t be true. I’m happy to be back and to start again.

“It’s a difficult time at the moment but all I’m going to do is work harder and try to put things right. We all have to try to be together, united.

“When I hear all these questions, it makes everything seem gloomy but when you win everything changes. Things look ugly at the moment but you have to keep working.”