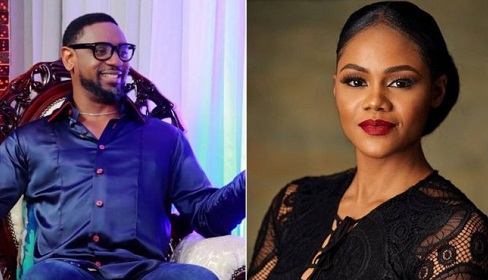 Senior pastor of the Commonwealth of Zion Assembly (COZA), Biodun Fatoyinbo, has asked the FCT High Court to dismiss the suit filed by Busola Dakola.

In an application filed through his lawyers, he also demanded that he is awarded a sum of N50 million as damages.

According to the application, he called for the dismissal of the suit on the grounds that it is incompetent and frivolous.

This comes about two weeks after Mrs Dakolo had demanded that the pastor apologises for allegedly defiling her.


In a writ filed on her behalf by her lawyer, Pelumi Olajengbesi and Co of Law corridor, she demanded that Pastor Fatoyinbo pens a clearly worded apology on the front page of at least two national newspapers and two national television stations for seven days running consecutively.

She also demanded that the COZA pastor addresses a ‘personal apology letter’ showing honest remorse for his misdeed.

Dakolo told a High Court of the Federal Capital Territory in Abuja that the defilement by Pastor Fatoyinbo has adversely affected her marital sex life.

Busola also demanded that a cost of action estimated at the sum of N10,000,000 (ten million naira) be paid.