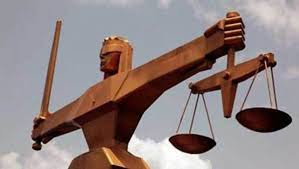 A Federal High Court has ordered the forfeiture of assets owned by an Irish firm, the Process and Industrial Development ( P&ID) to the Nigerian government

The court also convicted the suspects arraigned on allegations of fraudulent involvement in the 2010 contract between the Nigerian government and the firm worth $9.6b.

The court gave its ruling after the suspects on Thursday pleaded guilty to an 11-count charge filed by Economic Financial Crimes Commission (EFCC).

The charges, read out in court, related to money laundering, abuse of office and economic sabotage.

The court convicted Adamu Usman, a director of the firm in Nigeria and Muhammad Kuchazi for the offences mentioned in the 11 counts. It also convicted a commercial director with P&ID incorporated in the British Virgin Islands-based on the offences in the first ten counts which had his name.

Deciding on the matter after the guilty plea, the judge Justice Inyang Ekwo said he had taken note of the guilty plea and the pieces of evidence tagged exhibits PW1a and P&ID.