Man Injects Petroleum Jelly Into His Pen!s To Make It Bigger But It Attracted A Flesh-eating Bug Instead

Man Injects Petroleum Jelly Into His Pen!s To Make It Bigger But It Attracted A Flesh-eating Bug Instead 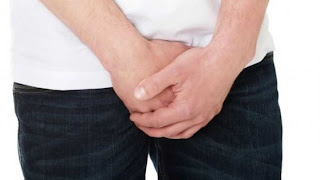 A man's pen!s rotted after he injected it with petroleum jelly to try and make his member bigger, doctors have revealed.

The unnamed man, from the South Pacific islands, visited A&E feeling unwell and suffering from itchiness on his pen!s for five days.

He recalled injecting himself with petroleum jelly - the main ingredient in Vaseline - two years ago after his doctors quizzed him on his s-xual behaviour.

The penile shaft was 'grossly deformed' due to gangrene, with rotting flesh and a build-up of pus.


The man was rushed into emergency surgery, and endured two more operations to save the remains of his genitals.

After multiple skin grafts, the 45-year-old was able to return home a month later.

He recalled treating an 'unwell looking man', who was feeling weak and suffering fevers when he sought help.

Upon examination, doctors found his penis was tender, had a severe build-up of fluids, and patches of visible rotting flesh.


He was diagnosed with Fournier's gangrene, a life-threatening and rapidly progressing 'flesh-eating bug' of the genitals.


Dr Amin said the patient reported the practice was fairly common where he lived.