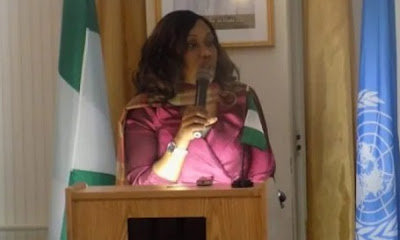 The National Agency for the Prohibition of Trafficking in Persons (NAPTIP) has warned youths against engaging in social media and Internet marriages.

Mrs. Julie Orkah-Donli, the Director-General of the Agency, gave the warning on Monday, during a sensitisation visit to the Iruekpen Mixed Secondary School in Iruekpen, Esan West Local Government Area of Edo State.

Orkah-Donli said that the warning became imperative, as it had been discovered that human traffickers also use such marriage arrangements to introduce ladies into prostitution.


She also advised students against early marriage, especially when they are below 18 years; and to make choices of their spouses themselves.

The director-general said that promises of enrolling youths in football academies, modeling agencies and sponsored pilgrimages were current ways being adopted by human traffickers in enticing their victims. She said that any person could be trafficked, whether young or old.

Human trafficking, according to her, is a scourge that will require the involvement of all stakeholders to eradicate. She listed causes of human trafficking as poverty, illiteracy, and greed, among others.

Orkah-Donli said human trafficking could cause depression, unwanted pregnancy and even death of the victims.