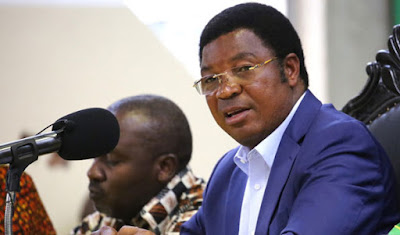 The statement issued by the Prime Minister’s Office in the capital Dodoma said Majaliwa has ordered the seven public officials to refund the money in three days’ time before he concludes his official visit to Morogoro region.

The suspended public officials were from Kilombero district council and Ifakara town council, said the statement.


“The whole of Morogoro region is facing misuse of public funds.

“Government revenue is being collected but it ends up in people’s private pockets.

“This is unacceptable,’’ the premier said.

According to the 2016/2019 report of the Controller Auditor General, Ifakara town council collected 2.7 billion shillings during that period but only 1.9 billion shillings was deposited in a bank, said Majaliwa.

He said investigations revealed that most of the money, unaccounted for, were deposited in personal bank accounts of the suspended public officials.