At least six people have been killed and around 3,500 others evacuated in two days of torrential rain in southeastern Spain.

Emergency services rescued people stuck in flooded highway tunnels as many roads, railways and an airport closed on Friday due to the severe weather conditions.

Floods swept away cars and debris in the regions of Valencia, Murcia and eastern Andalucia, while motorway tunnels in some areas were flooded almost up to the tunnel lighting.


The most recent victim was a 41-year-old man from the town of Orihuela, situated around 34 miles (55km) from the seaside town of Alicante.

A man was also found dead in the village of Redovan in Valencia after leaving his home on foot on Friday, while another was discovered in Granada province after his car was swept off a motorway.

A fourth man died in Almeria after trying to drive his car through a flooded tunnel, rescue services said.

On Thursday, a 51-year-old woman and her 61-year-old brother died when torrential rain dragged their car away.

A total of 74 roads were closed, along with the entire Murcia regional railway service and airport. The railway link between Alicante and Spain's two cities - Madrid and Barcelona, was also shut. 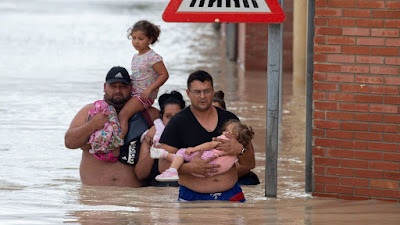 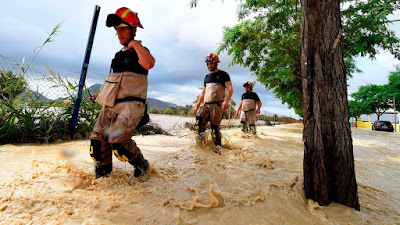 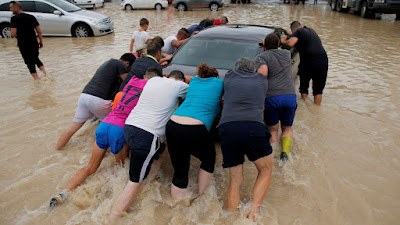