'Slap Them, Shoot Them,' President Duterte Tells Filipinos How To Treat Corrupt Officials

'Slap Them, Shoot Them,' President Duterte Tells Filipinos How To Treat Corrupt Officials 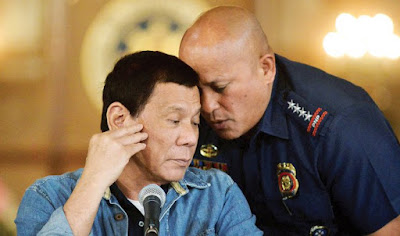 President Rodrigo Duterte has told Filipinos that they can “shoot but not kill” public officials who demand money in exchange for their services.

Duterte urged the public to be assertive when doing business with government agencies.

“The only thing that I am asking the Filipino people is really to be assertive, period ... If you pay taxes, fees, clearances or whatever, and these fools ask for a bribe, slap them. If you have a gun, you can shoot them, but don’t kill because you might not be included among those given pardon or computation,” Duterte, a former prosecutor, said in his speech during the inauguration of the Bataan government center and business hub dubbed “The Bunker.”


“Just the foot, then it will only be serious physical injuries ... You admit it, then you go to probation. You do not go inside the prison ... You’ll just report to a probation officer,” Duterte said. “At least you got to shoot a foolish thief.”

The president vowed to defend any person who shoots a corrupt official.

“I will defend you. If the incident reaches my office, I will call for the complainant and tell him to slap (the official) three times ... I’ll ask how much did he demand from you, sir? Five thousand? Then slap that son of a b**** two more times,” Duterte said.