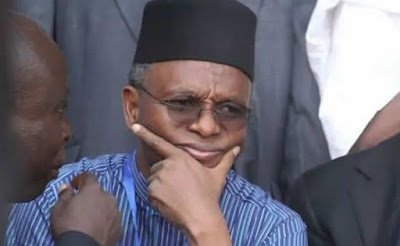 A witness, who confirmed to the News Agency of Nigeria on condition of anonymity, said the incident happened on Tuesday morning shortly after the affected person received his sack letter.

He said that the messenger had served the state for about 11 years.

He said, “We reported to work this morning and Abubakar Shu’aibu was invited to Zonal Education Office; on reaching there, they served him with a sack letter.  When he returned to the school, he showed us the letter and we all advised him to see it as an act of God Almighty as nothing happens to a person without the consent of God.


“He also admitted that that’s what God had destined for him, but all of a sudden, the man collapsed and went into coma instantly.

“We acted very fast by giving him first aid. We took him up and lie him down on the floor, fanning him continuously and he gradually regained his consciousness,’’ he said.

The source also said that the teachers begged the school principal, Malam Sa’idu Liman-Umar, to consider employing the sacked messenger as a temporary worker to cushion the effect in the meantime.

“The principal agreed to render possible assistance as the case may be,” said the source.

Officials in the Zonal Education Office in Zaria declined comment, saying that they were not directed to speak to the press.

Also, the state Ministry of Education and the state government are yet to react to the development.

Gov. Nasiru El-Rufa’i had directed that all messengers, cleaners and drivers who spent 10 years in service without obtaining at least a Diploma or NCE should be sacked.