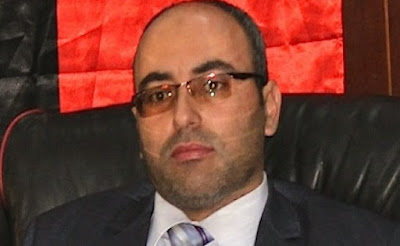 The mayor of Libya's third-largest city Misrata has been killed by unidentified assailants who abducted him as he returned from an official trip overseas.

Mohamad Eshtewi's body was found dumped in the street after he was kidnapped after leaving the airport in the western coastal city late Sunday.

The city hospital said it had received the mayor's body bearing gunshot wounds. His brother was with him in the car and was wounded in the attack.