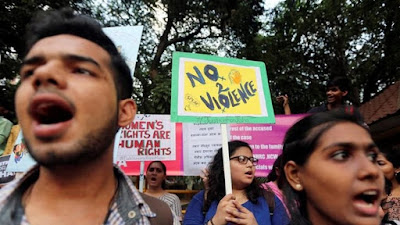 An Indian court Thursday handed down the death penalty to a man found guilty of raping and murdering a law student in a brutal knife attack in southern Kerala state.

The murdered student was found dead in a pool of blood in her home in Perumbavoor town on April 28, 2016, with nearly 30 stab wounds and bite marks on her severely disfigured corpse.

Muhammed Ameerul Islam was convicted by a District Court in Kerala over the gruesome attack which sparked nationwide outrage and drew comparisons with the high-profile gang-rape and murder of a Delhi student in 2012.

Prosecutors successfully sought the death penalty for the crime, describing it as “rarest of the rare” in its violent nature.


“The court sentenced him to death for murder and life sentence for rape,” B. A. Aloor, Islam’s lawyer said.

He said his client was not treated to a fair trial and the defence team would appeal the sentence in a higher court.

Aloor said Islam was framed by police for the crime to cover up for their botched investigation, which drew protesters to the streets in the coastal state.

The victim, a member of India’s lowest Dalit caste who was studying to become a lawyer, lived with her mother who was not at home when the murder took place.

The prosecution described the crime as unprovoked but some media reports say the attack was motivated by revenge over a disagreement.

The level of brutality in the attack sent shock waves through India and was quickly compared to the fatal gang-rape of a 23-year-old medical student on a moving bus in New Delhi in 2012.

That crime shone a spotlight on the rising levels of violence against women in India, sparked mass protests and led to an overhaul of rape laws that increased penalties for offenders and accelerated trials through courts.