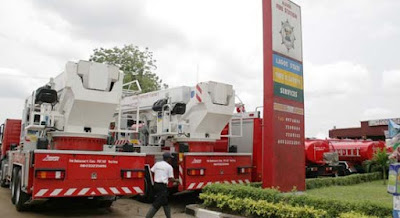 An overnight fire has killed a family of four, simply identified as Eze’s family, at No. 13, Buraimoh street, Bariga area of Lagos.

The Director of Lagos State Fire Service, Rasak Fadipe, confirmed the incident to the News Agency of Nigeria on Wednesday in Lagos.

Mr. Fadipe said the incident occurred at about 2.48 a.m. He said personnel of the service got to the scene of the incident as soon as they got information about the fire, but that due to the double burglary irons on the door and window of the apartment, they were unable to reach the victims in time.

“The apartment is a chemist store. The father, mother, and two children of ages five and eight were found dead inside the store.


“We advise that although one needs security in his or her house or business place, it should not be to the detriment of the people.

“Members of the family should always know the exist of their apartment whenever there is an emergency,” the director said.

Some sources told NAN that the deceased woman was pregnant mother of the two children, and that
the fire started after electricity supply was restored to the area.

Others believed that the fire could have been caused by candle light.