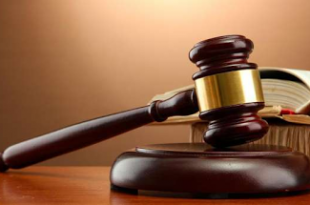 A pastor, Adedayo Adeyemo, on Wednesday asked an Ado-Ekiti Customary Court to dissolve the nine-year-old marriage between him and his wife, Kemi.

Newsmen report that the petitioner sought the dissolution on the grounds of his wife’s laziness, lack of care for the children, being adamant to correction and loss of love.

Adeyemo, 38, who is the pastor of Joint Heir Assembly of God, Ado-Ekiti, told the court that the respondent does not take good care of the house and his children.

He said he had performed all marriage rites including payment of dowry, adding that the marriage had produced two children aged nine and five years.


“My wife is a lazy woman; she does not sweep the house, prepare food for the children or bath the children.

“ I cook for the children,’’ he said. Adeyemo, therefore, prayed the court to dissolve his marriage and award the custody of the two children to him.

The President of the Court, Mrs ‎Olayinka Akomolede, however, adjourned the case till Jan.18, 2018 for further hearing.