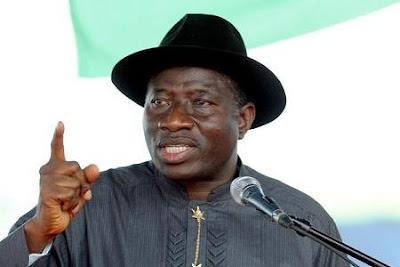 The Borno State Government has challenged former President Goodluck Jonathan to release the findings of his committee set up to investigate the abduction of Chibok schoolgirls in April 2014.

The state Commissioner for Education, Mr. Musa Kubo, in a statement, said, “Nigerians should ask Jonathan why he concealed reports of his own fact-finding committee.”

Kubo, who was one of those interrogated by Jonathan’s Fact-Finding Committee on Chibok Schoolgirls Abduction, was reacting to a statement by a media aide to President Goodluck Jonathan, Ikechukwu Eze.


Eze, in an earlier statement, had asked Governor Kashim Shettima to tell Nigerians whatever he knew regarding the April 14, 2014 abduction of over 200 schoolgirls by Boko Haram after the sect attacked Government Secondary School, Chibok.

But Kubo said, “Rather than direct spurious allegations to Governor Shettima on controversies surrounding the abduction of Chibok schoolgirls, the media aide should ask his principal, President Goodluck Jonathan, why he deliberately concealed (the) report of a presidential fact-finding committee he constituted and inaugurated on Tuesday, May 6, 2014 and which submitted the report of its findings to him on Friday, June 20, 2014.

“For the purpose of records, Eze and his colleagues are pointing towards the wrong direction; they should ask their principal, Jonathan, why he deliberately refused to make public the report of a committee he constituted, inaugurated and received their findings on facts surrounding the Chibok abduction and who is to blame for it.

“For nearly two months, the committee undertook a thorough investigation that included forensic assessment of all documents on the entire issues, held meetings with parents of the schoolgirls, visited Chibok, met with the then Chief of Defence Staff, Chief of Army Staff, Chief of Naval Staff, the Director-General of the DSS and the Inspector-General of Police, all of whom were appointees of Jonathan.”

“What was he hiding from Nigerians? Here is another question: if the findings had indicted Governor Shettima or the Borno State Government in anyway, does anyone really think Jonathan would have concealed that report, given his open hatred for Shettima and the fact that the governor was in the opposition party?”