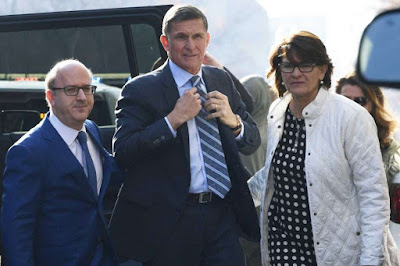 US President Donald Trump's former national security adviser Michael Flynn pleaded guilty on Friday to charges that he lied to the FBI about conversations he had with Russia's ambassador.

"Yes, sir," the retired three-star general and former military intelligence chief said when asked in court if he wanted to plead guilty.

Flynn, Trump's first national security adviser, is the most senior former US official to be charged in an ongoing probe into possible collusion by Trump aides with Russia's meddling in the 2016 US election.