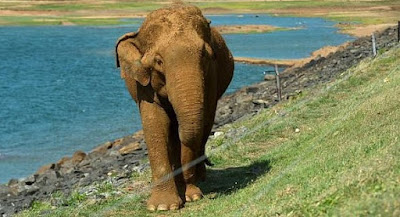 Its carcass was later found with a bullet wound in the skull. Authorities broke up what they say is a poaching network as part of their investigation, charging five men with killing the elephant.

"They had in their possession several tools used to cut tusks (and) two ivory pendants," said police spokesman Ruwan Gunasekera.


Elephants are protected under Sri Lankan law and poachers can face the death penalty for killing one.

Tusked elephants are rare in Sri Lanka, accounting for less than five per cent of the island's estimated elephant population of around 6000.

That figure has declined from the last official census of the island's elephants, which identified more than 7300 animals.