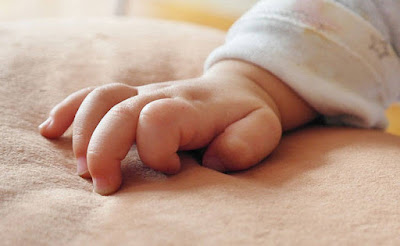 A French mother was charged Thursday with murdering five of her babies in a case solved by DNA evidence obtained years later after a brawl between neighbours.
Fourteen years after the bodies of four of the babies were found in a forest, Sylvie H, aged 53, has admitted to murdering five children, the public prosecutor in the eastern city of Mulhouse told a press conference.
The killings are believed to have taken place from 1993-1995 and 2003-2005. The body of a fifth baby was found at the suspect's home.
The mother, who has three other children aged 18, 27 and 32, revealed this week that she gave birth alone at home each time, without the father's knowledge.

Investigators had for years puzzled over who was behind the infants' deaths.
An autopsy showed at least two were strangled with cords.
But with no DNA evidence linking the babies to a parent, the case went cold until September 2016 when Sylvie H, her partner and her eldest son were involved in a fight with their neighbours.
Investigators looking into the dispute took DNA samples from the mother -- and to their surprise realised they had a match with the samples taken from the babies in 2003.
When officers arrived to arrest the woman at her home in a Mulhouse suburb on Tuesday "she understood immediately why they had come for her" and confessed to the killings, prosecutor Dominique Alzeari said.
The father of the children, who appeared "absolutely unaware" of the killings, was "very upset", Alzeari added.
The woman's motives remain unclear. She faces life imprisonment if convicted.