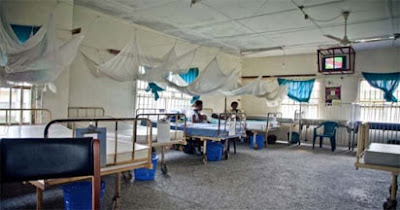 A 45-year-old unemployed man, Godwin Onyelanesi, who allegedly abandoned his wife and newborn twins in a hospital, yesterday, appeared before an Ikeja Chief Magistrate’s Court.

The accused, who resides on Afolabi Street in Abule Egba, Lagos, appeared before Magistrate A. O. Gbajumo over failure to provide a necessity of life and breach of the peace.

Gbajumo granted him bail in the sum of N20,000 with one surety in like sum after he admitted guilt.

The prosecutor, Sergeant Michael Unah, had said the accused committed the offence on August 28 at the Evangel Hospital, Ikeja, Lagos. Unah said the accused absconded after his wife, Glory, was delivered of a set of twins through Caesarean Section, CS, at the cost of N239,100.

He said: “The accused gave his consent before the CS was done. He left his wife and the twins in the hospital for months and didn’t show up.”

Unah said Glory was handed over to her relatives two months after her husband refused to show up, adding that “the case was reported to the Police by the hospital’s management, and the accused was then arrested.”

The offences, he said, contravene Sections 168(d) and 247(1) of the Criminal Law of Lagos State, 2015. The case has been adjourned until December 8 for review of facts and sentencing.