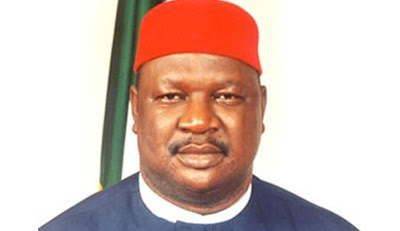 The Economic and Financial Crimes Commission has released a former Secretary to the Government of the Federation, Anyim Pius Anyim. The EFCC had earlier said it had obtained a warrant to detain Anyim for 30 days.It was, however,  learnt that Anyim was released on Tuesday after handing over his passport to the EFCC.

The former SGF was also instructed to report to the commission every two weeks and also return some of the money traced to him.

A source at the EFCC said, “Anyim was released on administrative bail after he had surrendered his passport. He is expected to return some money to the EFCC and also report back every two weeks.”


Anyim is being investigated for allegedly collecting N520m from a former National Security Adviser, Col. Sambo Dasuki (retd.), on the eve of the 2015 presidential election.