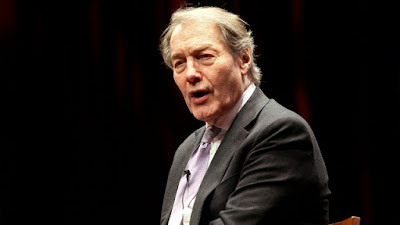 Charlie Rose, a famous journalist has just been accused of sexual harassment and he's apologizing for the alleged behavior.

The Washington Post published a story Monday in which 8 women accused the reporter of varying types of misconduct, including groping their breasts, buttocks or genitals, walking around naked in front of them or making lewd phone calls. 5 women stayed anonymous.

One woman, Kyle Godfrey-Ryan, says Rose would consistently walk around naked in front of her while she was his personal assistant in the 2000s, adding he'd often call to describe fantasies about her.


Rose released a statement to the Post apologizing for the behavior, saying "It is essential that these women know I hear them and that I deeply apologize for my inappropriate behavior. I am greatly embarrassed. I have behaved insensitively at times, and I accept responsibility for that, though I do not believe that all of these allegations are accurate."

He adds he always felt he was pursuing shared feelings, but says he realizes he was mistaken.