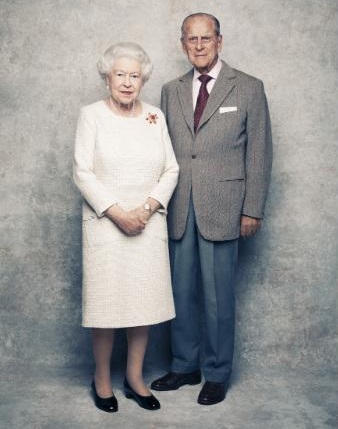 New portraits of Queen Elizabeth II and her husband, the Duke of Edinburgh Prince Philip, were released Monday to celebrate their 70th wedding anniversary.

The British monarch and her husband were married on 20th November 1947 when they were still Princess Elizabeth and Lieutenant Philip Mountbatten, at Westminster Abbey in the heart of London.

The wedding attracted worldwide attention and came just five years before Elizabeth would ascend the throne following the sudden death of her father, King George VI.

The special 70th anniversary portraits were taken in the White Drawing Room of Windsor Castle in early November.