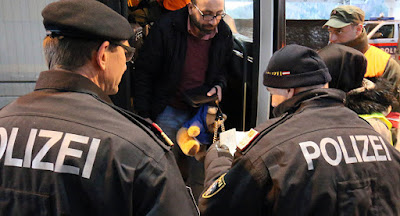 Austrian police said  that they were investigating the suicide of an 11-year-old Afghan migrant.

He died in a hospital near Vienna on Monday after being admitted a day earlier, police said. It was unclear how he killed himself.

The boy and his family had been living in a refugee center in Baden, south of the capital, since last year, when a record influx of migrants arrived in Austria.

Media reports said the boy felt unable to cope with looking after his six siblings after his 23-year-old elder brother left him in charge.


According to public broadcaster Oe1, officials had been made aware of the family's precarious situation but failed to react.

Authorities have rejected the accusations, saying they had noticed “nothing unusual”.

Austria has received almost 150,000 asylum claims since 2015, making the wealthy nation of 8.75 million one of the highest recipients per capita in Europe’s migration crisis.