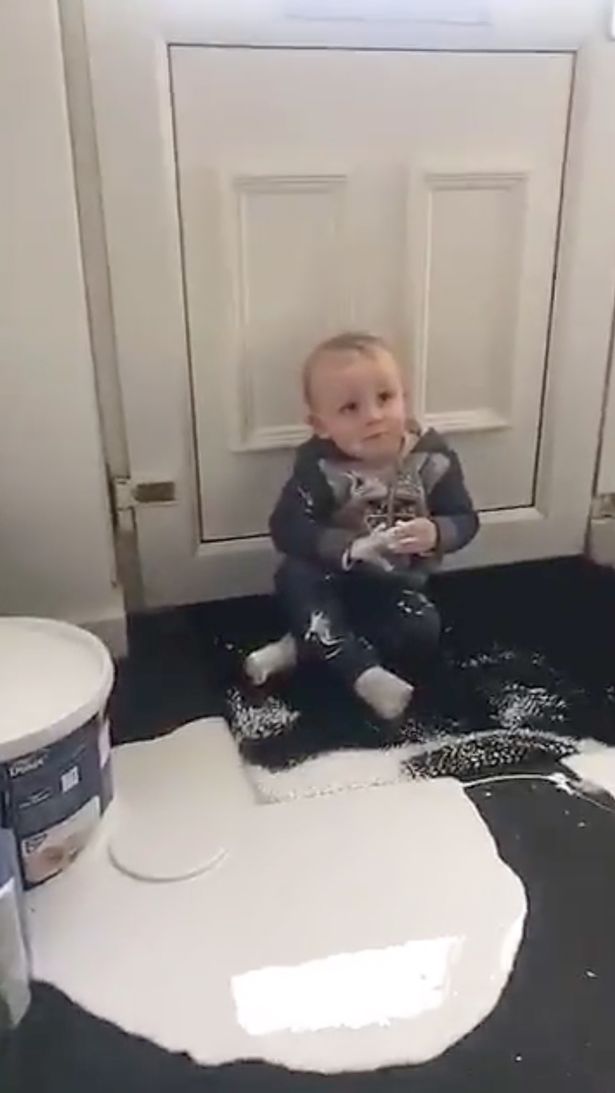 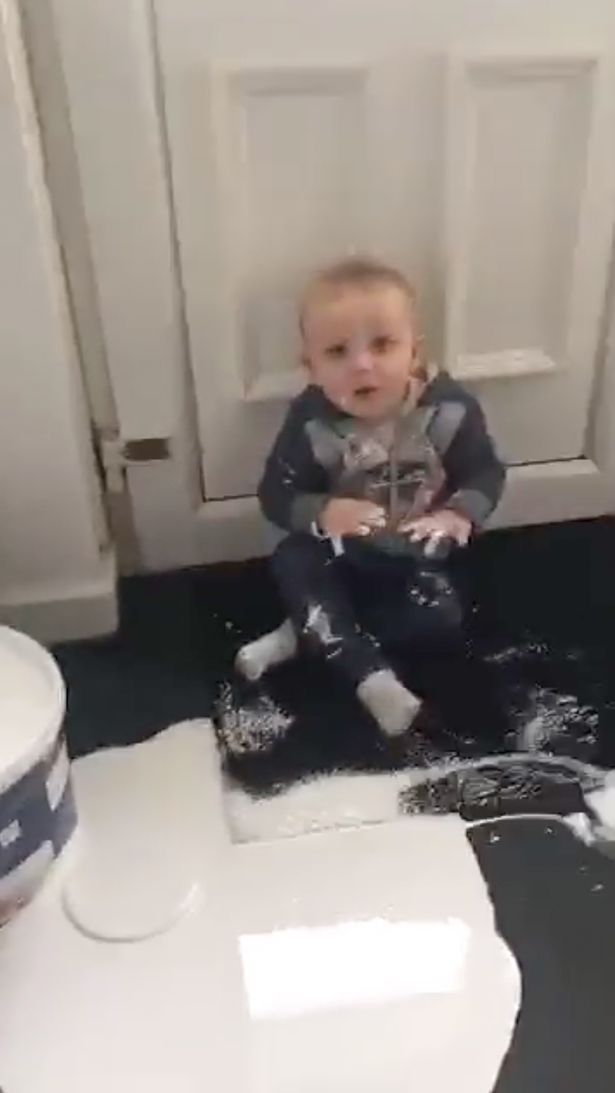 A toddler who was left on his own for just 30 seconds managed to cause £1,000 worth of damage - and seemed to find it hilarious.

Jacob Frew, who is just 18 months old, has been filmed looking sheepish after knocking over a tin of white paint on a black carpet.

And his mum said the mischievous child chuckled at her as she tried to cleanup the mess.

Jacob was found by mum Nicola, 33, in the hallway of his gran's house with a huge puddle of white gloss around him.


The paint was covering his hands and feet. Nicola quickly ran a bath for her son to remove the paint.

After he was cleaned up, Jacob was spotted laughing at her as she attempted to scrub the floor.

Despite her best efforts she had no choice but to rip up the patch of black carpet - much to Jacob's entertainment.

Nicola was at her mum, Brenda's, house when the accident happened.

The teaching assistant, from Shotts, in North Lanarkshire, Scotland, said: "I'd only left Jacob unattended for 30 seconds as I was trying to tidy up all his toys before my mum came home from work.

I couldn't believe he'd managed to create such a disaster in less than one minute, there was gloss paint all over the black carpet, it looked awful.

"I have no idea how Jacob managed to open the paint as it was a new pot and they're normally always so secure.

"I'm guessing he tipped it up and then fell on his bum as it went all over the floor. The first thing I did was put him in the bath as it was gloss.

"It was all over his hands and toes and he still has some in his nails now. I did my best to scrub the floor but it was no use, the carpet was completely ruined.

"Jacob is completely oblivious to what he has just done and can be seen laughing at us on the stairs.

"He is so cheeky but I wouldn't have him any other way, it's safe to say we won't let him near anymore paint in the future." 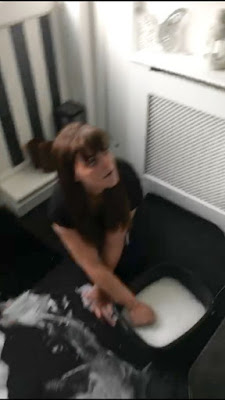 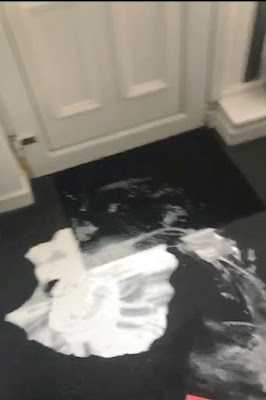 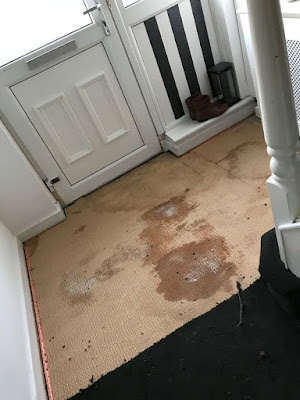