Whistleblower Will Be Paid This Month - Adeosun

Whistleblower Will Be Paid This Month - Adeosun 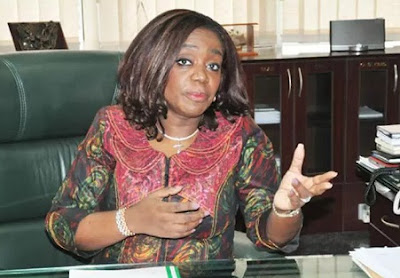 The Minister of Finance, Mrs. Kemi Adeosun, has cleared the air on the controversy surrounding the compensation to the whistleblower who blew the lid leading to the eventual recovery of $43,449,947, £27,800 and N23,218,000 from an apartment in Ikoyi, Lagos, last April.

Adeosun, in a statement Sunday, said from available records, the payment due on the Ikoyi recovery was among those being processed in the November batch, which will be released within the current month.

The acting Chairman of the Economic and Financial Crimes Commission (EFCC), Mr. Ibrahim Magu, last Thursday in Vienna, Austria, had remarked that the “young man who blew the whistle is now a millionaire”.

However, a day later, a lawyer who said he was representing the three friends who blew the whistle on the recovery from the Ikoyi apartment, wrote to President Muhammadu Buhari demanding that the EFCC should immediately pay the commission due to the whistleblowers.

On the same day, the EFCC clarified that it never said that the whistle blowers had been paid as reported in the media.

The lawyer, Yakubu Galadima, also alleged that those who facilitated the recovery of the monies were three and not one as claimed by the EFCC.

Responding to the controversy via a statement issued Sunday night by her spokesman, Mr. Oluyinka Akintunde, the finance minister said her attention had been drawn “to media reports surrounding the payment to a whistleblower, who provided the tips that led to the recovery of funds stashed away in a property in Ikoyi, Lagos State”.

She stated unequivocally that the federal government has not withheld any funds due to any whistleblower.

According to her, the ministry has in place detailed procedures for processing payments due under the Whistleblower Policy.