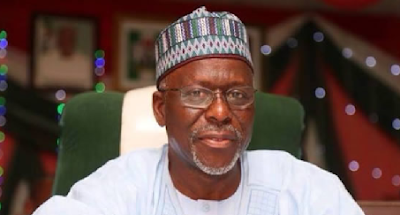 The Economic and Financial Crimes Commission on Monday traced N860m to the immediate past governor of Kogi State, Idris Wada; and a former acting governor of Taraba State, Sani Danladi.

The money was said to be part of the N23bn allegedly disbursed by a former Minister of Petroleum Resources, Diezani Alison-Madueke, through the then Director of Finance of the Goodluck Jonathan Campaign Organisation, Senator Nenadi Usman.

It was learnt that Wada arrived the EFCC office around 12pm and was still in custody around 9pm.


The spokesman for the EFCC, Mr. Wilson Uwujaren, confirmed that Wada was detained by the commission.

He said, “Yes, he was invited by the EFCC over N500m Diezani money. He is still in our custody.”

The Gombe zonal office also quizzed Danladi in respect of the N450m collected by him through Senators Joel Dallami Ikenya and Mark Useni during the build-up to the 2015 presidential election.

Danladi, in his statement on oath, told interrogators that he chaired the eight-man committee that disbursed the money for Taraba State.

The EFCC stated, “He further stated that, he and the other members of the committee shared N36m among themselves while the balance of N414m was distributed to other stakeholders across the 16 local government areas of the state and one Development Area Council.”

Danladi was arrested and detained in Abuja last week and later released on bail to reliable sureties, but asked to report to the EFCC Gombe zonal office for further investigation.

Last week, the commission detained a former governor of Benue State, Gabriel Suswam, for his role in the disbursement of the Diezani sleaze.

In the states which were ruled by the PDP, the governors were said to have taken possession of the funds while in states that had no PDP governors, the ministers handled the money.

They were alleged to have received a minimum of N450m each.

Sheriff allegedly received N40m from the N450m said to have been received by a former Minister of Power, Mohammed Wakil.

Also, a former deputy governor of Edo State, Chief Lucky Imasuen, and a former Secretary to the State Government of Edo State, Pastor Osagie Ize-Iyamu, may be re-invited for allegedly collecting N700m from the Diezani fund.

The source said many of the PDP chieftains had promised to return some of the funds but had failed to do so and therefore had to be invited.