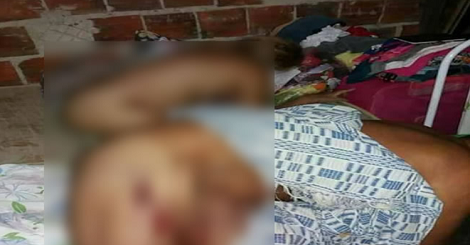 A 37-year-old Cameroonian man has died in yet-to-be-ascertained circumstances in the home of his alleged lover in Ogboinbiri community of Southern Ijaw Local Government Area of Bayelsa State.

The death of the Cameroonian man, identified simply as Dr. Charles, a patent medicine dealer, on Tuesday, has, however, stirred controversies.

Some indigenes of Ogboinbiri community claimed the Cameroonian died after an alleged sexual encounter with his unnamed 35-year-old lover, said to be an indigene of the community.

But another account claimed that Charles, who was allegedly ill from an unidentified ailment, allegedly slumped and died in the woman’s house before he could be taken to Zia-Ngo health centre, the only medical centre in the community.


A community source said his corpse has been deposited at the morgue of the Federal Medical Centre, Yenagoa.

”The death of Charles is a mystery. Everyone heard he was ill, but nobody could confirm if they had sexual intercourse that triggered the death,” the source, who craved anonymity, said.

Indigenes of the community were said to have filed a complaint at the Divisional Police Headquarters in Oporoma.

It was learnt that the Divisional Police Officer led other officers to the residents of the lovers as part of the investigation.

Butswat said the preliminary report available to the police claimed the deceased died of natural cause.

“The report indicated that he was ill and slumped. But he was said to have died before getting to the community health centre,” the spokesman said.