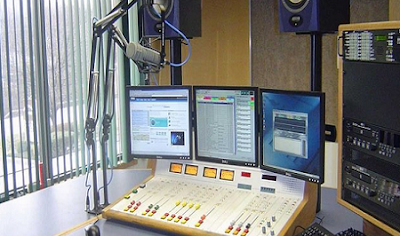 Twenty three radio and television stations across Nigeria have been fined for various breaches of broadcasting rules set by the National Broadcasting Commission, NBC.

The NBC spokesperson, Maimuna Jimada, said in a statement that the stations were punished for hateful speech, vulgar lyrics and unverifiable claims.

The breaches contravened the provisions of the Nigeria Broadcasting Code in the third quarter of 2017, according to the NBC.

Speaking to Premium Times, Wednesday, the spokesperson said there will be higher sanctions if erring stations fail to comply with the fine.


“It is clearly stated in the code, if you are sanctioned this way and you don’t comply then you get a higher sanction”, Ms. Jimada said. “Everything is laid down in the code”, she added.

She also said the payments will be made into the NBC account.

Mrs. Jimada further said the contraventions were made between June and September this year and all the erring stations were fined according to the provisions of the Nigeria Broadcasting Code.

As part of efforts to stem the growing tide of hate speech in the country, the federal government in June directed the NBC, to sanction any radio or television station that broadcasts hate speech.

Also ahead of the forthcoming elections, the regulatory body said it will impose heavy sanctions on broadcast stations which promote hate speeches.