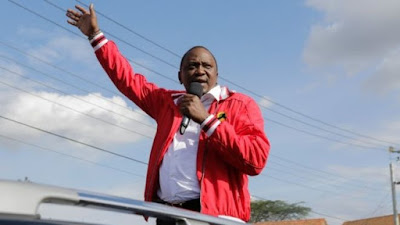 Kenyan President Uhuru Kenyatta has been declared winner of a controversial re-run of the presidential election.

He won 98% of the vote with turnout at just under 39% - less than half that recorded in August's vote, according to the election commission.

The opposition leader, Raila Odinga, pulled out of the re-run and urged his supporters to boycott it. Mr Kenyatta was also declared the winner in the August vote, which was annulled because of "irregularities".

The unprecedented decision from the Supreme Court cancelling the result did not attribute any blame to President Kenyatta's party or campaign.