Mom Sentenced For Beating Child Who Messed Up Bible Verses

Mom Sentenced For Beating Child Who Messed Up Bible Verses 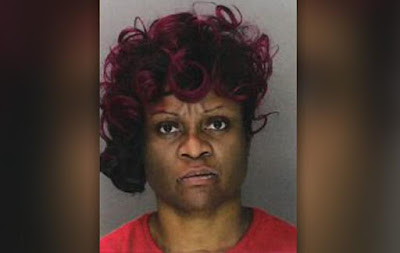 A Pennsylvania mom who went on a three day drinking binge before beating her daughter when she messed up Bible verses, was sentenced Wednesday.

Rhonda Shoffner, 41, received a sentence of 2½ to five years after pleading guilty to choking and assaulting her daughter, who was under the age of 13, on March 14.

The incident took place at the family's home in Middletown, where the drunken mother ordered her child to kneel on the bathroom floor to recite the verses.

She was charged with aggravated assault and endangerment after she smashed her daughter's head into the wall and threatened to kill her.


The child told police that her mother had been intoxicated for days prior when the incident occurred around 3pm.

Shoffner awoke her daughter from a nap and ordered her to call up several family members, who didn't answer, the child told police, according to PennLive.

When nobody answered the phone calls, the mom flew into a rage, the kid told cops, and demanded the young daughter get on her knees in the bathroom - a sure sign a beating was coming, the kid said.

'Please don't hit me, I don't want to get on my knees,' the kid recalls pleading.

The mom yelled at her 'to get on her (expletive) knees,' police said.

When Shoffner asked the girl what God told the man to do with his son, the girl replied 'God said to forgive his son.'

No, the mom replied, 'God told the man to kill his son,' according to police, and slammed the young girl's head into the drywall at least five times.