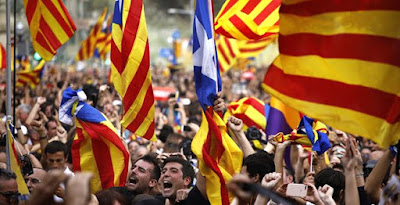 The Catalan Parliament voted overwhelmingly to declare independence from Spain on Friday, prompting the Spanish Senate to grant Madrid unprecedented powers to seize control of the autonomous region.

The day's dramatic and fast-moving events pushed Spain into uncharted territory, testing the limits of the constitution drawn up after the restoration of democracy in the 1970s.

Amid extraordinary scenes in the regional capital of Barcelona, Catalan lawmakers voted to "form the Catalan Republic as an independent and sovereign state" by 70 to 10.