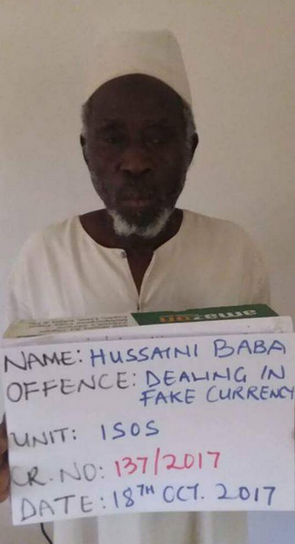 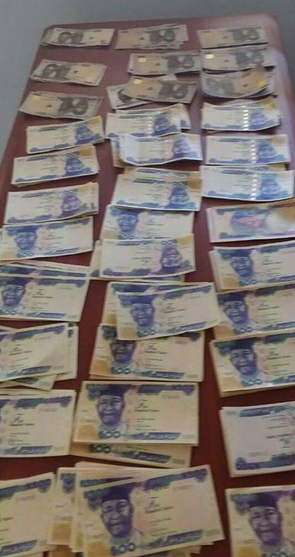 Hussaini Baba, 65, farmer and a native of Jahun Local Government Area Jigawa State, was referred to the EFCC from the Nigeria Security and Civil Defence Corps, NSCDC, Kaduna, where operatives of the Corps arrested him while on surveillance duty around Rigachikun Area, Kaduna North.

He was in possession of fresh crispy 303 pieces of five hundred and 32 pieces of one thousand naira notes, totalling One Hundred and Eighty Three Thousand Five hundred Naira (N183, 500) only suspected to be counterfeited Nigerian currency.

Investigation into the case further revealed that the accused, Hussaini has been involved in this crime for sometime as he stated that he usually sells a bundle of fake currencies for about fifteen thousand naira to unsuspecting victims around Kaduna, Katsina axis.

He, however, pleaded not guilty and the Judge could not grant him bail as he had no counsel to represent him. The Judge remanded him in prison custody and adjourned the case to 15th November, 2017 for hearing of bail application.