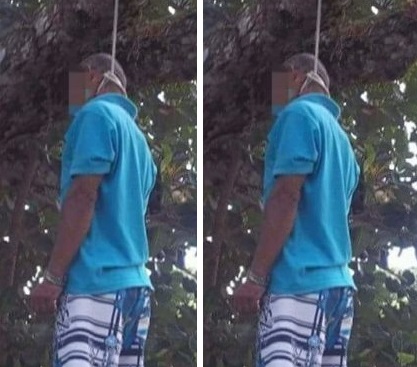 Above is believed to be the photo of a Director at Kogi State Teaching Service Commission, 54-year old Edward Soje,  who committed suicide few days after his wife of 17 years welcomed a set of triplets.

According to reports, he got frustrated because he wasn't paid for several months by the State Government. The state Government released a statement shorty after the reports clarifying their stand with Soje, but admitted he was being owned salaries. RIP Soje!